Her music will be released on an upcoming album by Petrichor Records in approximately March of 2021 with a vocal performance by the composer.

Scroll down to hear a selection of her music.

“Branches” is the final work in Lilacs: Digital Songs and Poems for Voice, Clarinet, Percussion, Electric Guitar, and Electronics. Lilacs interweaves original poetry about the public and private faces of grief as the protagonist loses a loved one to cancer. The recording below captures the quiet after losing a loved one, and perhaps the times when words are not sufficient to describe our loss.

a remnant shall return

a remnant shall return is a choir work for TTBB about grief and the silence of God. This recording is from a reading session and is significantly under tempo.

Whales is a work for electronic music, spoken voice, and poetry. Text and vocal performance by the composer.

to form an idea of size or distance

to form an idea of size or distance is a work for alto flute, bass clarinet, French horn, and string trio. It calls for the instrumentalists to sing, hum, whisper a poem, and play their secondary instruments. It was premiered by yMusic at Motorco Music Hall in Durham, North Carolina. This sound file lacks the whispered poem due to an error in the live recording.

Musicologist William Robin has analyzed my interview comments and a selection of this music in “Balance Problems: Neoliberalism and New Music in the American University and Ensemble,” which is published in the Journal of the American Musicological Society. A musical example from this work also appears in JAMA’s online archive.

Soliloquy is a studio version of a staged electro-acoustic piece for processed female voice and electronics. It is performed, recorded, and mastered by the composer. This theatrical and psychological music is a feminist retelling of Shakespeare’s Ophelia, who is normally presented as insane.

Shattered by grief, Ophelia seeks solace in music, nonsense rhymes, and flowers. This work also contains a verse from John 14:15-16, where Jesus promises the faithful that he will ask God for protection on their behalf (“If you love me, keep my commandments, and I will pray the Father. And he will give you another comforter”). In my piece, Ophelia sings Thomas Tallis’ famous setting of this verse in hopes that the Heavenly Father will replace her earthly father. She speaks an Our Father prayer to perform her own last rights as she sinks into the water.

This work will appear on an upcoming album by Petrichor Records (approximate release date of March of 2021).

on a gray sky flutter

This work quotes and transforms Russian and Georgian “folk” music, but is not about this music per se. My music does not attempt to be faithful to the originals, if such a thing exists.

This work was originally read by the JACK Quartet and has been performed by MIVOS.

This work is a setting of an old Russian song from Vadim Prokhorov’s anthology, Russian Folk Music. It was written for the Walden School Creative Musician’s Retreat Choir, a group with varied vocal levels, with cellist Mariel Roberts of Mivos Quartet. 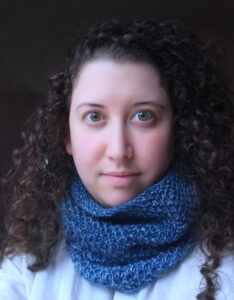